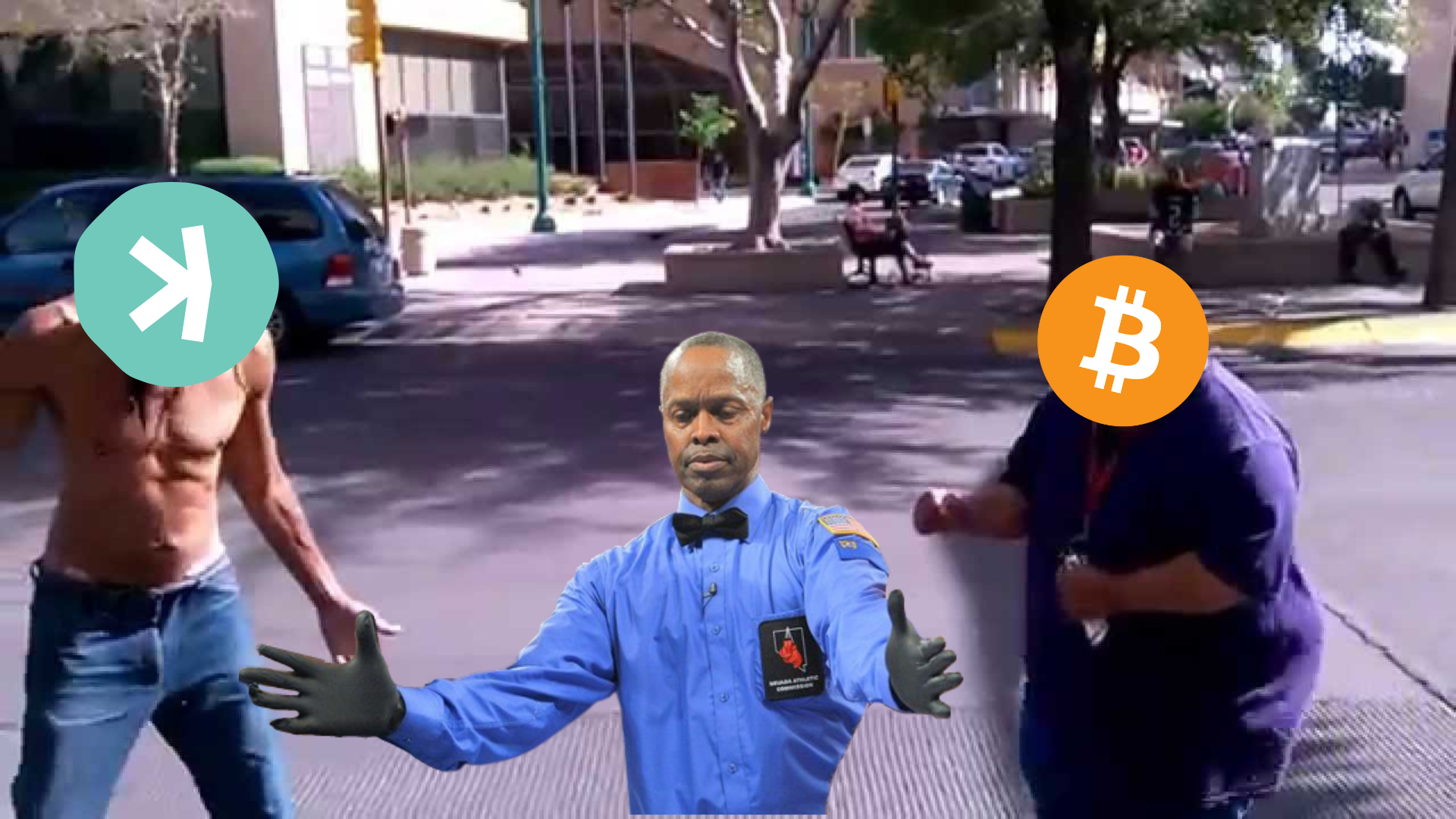 a deep dive into kaspa

a deep dive into kaspa

Kaspa is a PoW layer 1 blockchain that aims to address some of the security difficulties from Bitcoin’s Nakamoto Consensus, using their Ghostdag technology. Let’s explore what that actually means, in this short introduction to Kaspa.

What is kaspa and how fast is it?

Kaspa is a PoW layer 1 blockchain. Or should I say “blockDAG”, as Kaspa claimed the title of world’s first blockDAG. A digital ledger with parallel block capabilities and instant transaction confirmation.

Parralel blocks is what sets Kaspa apart from traditional blockchains (it’s actually a PoW DAG). It’s made possible by the implementation of the GHOSTDAG protocol (more on that later). With Kaspa’s GHOSTDAG, blocks are created in parallel and all considered as valid. They are able to coexist and be ordered in consensus. Want to see what that looks like? Have a look at Kaspa’s blockDAG visualizer.

This ultimately allows for high security, while maintaining high block rates and close to instant confirmation times (on average, each transaction is fully confirmed in 10 seconds).

In its current form, Kaspa is able to handle 400 TPS (transactions per second) and is running at 1 BPS (blocks-per-second). However, there are plans for increasing these numbers. For example, they are aiming to increase the BPS to 32/sec, with visions of 100/sec.

Right.. higher block rates. Why does that matter? Shai Deshe‘s Medium article mentions one of the benefits being an increased transaction throughput, a.k.a. the vanity metric we call tps. The even more important benefit of increased block-rates, which Shai thinks is even more significant, is the great reduction of transaction confirmation time (currently 10 seconds on average). 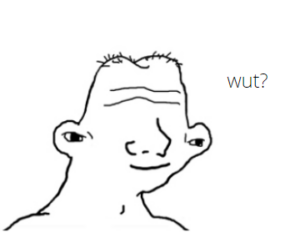 If this is your reaction, this simplified explanation might help a bit:

In a blockchain, blocks are created one at a time. Kaspa however is DAG-based, which allows for blocks to be created in parallel. So, you know that each block contains x amount of transactions. What happens if you optimize the amount the amount of blocks create per second?

Right, it allows for more transactions to happen simultaneously, as well as for transactions to be confirmed faster. The challenge of course, is to maintain security of the network and minimize the possibilities of a successful outside attack.

Kaspa is not a blockchain like bitcoin, but a dag based on the ghostdag protocol

Bitcoin’s security model is called Nakamoto consensus. It boils down to “the longest chain” rule. It’s called that, because the longest chain is always considered the honest/correct one. This way you can always trustlessly verify anything on the Bitcoin blockchain.

The nodes will adopt the longest available chain and disregards shorter chains if they are present. In practice, this means that when there are 2 conflicting transactions, the one found in the longest chain is the correct one.

However, the Nakamoto Consensus is not able to scale without sacrificing security. Some have tried to increase block sizes (e.g. BCH), but that leads to centralization of mining, as well as more central points of failure.

Kaspa is based on the Ghostdag protocol which is a scalable generalization of the Nakamoto Consensus.

The Bitcoin protocol is a network of nodes (a.k.a. miners) which maintain a ledger of transactions. This takes the form of various blocks of transactions, stringed together in a chain. Each block is a new batch of transactions made by network participants.

In practice, the longest chain rule requires that all honest nodes be aware of each block created by other nodes very briefly after its creation. To make sure this happens, Satoshi set the bitcoin difficulty to 10 minutes per block, because that’s how long it take on average to find a block.

So, in short: a block is created, it takes miners some time to find the new block, accept it, and start competing for the creation of the new block (instead of adding to the one that was just created). based on the above, a conclusion that some could make, is that Bitcoin is only secure under these “slow” block rates (slow being subjective).

As Kaspa has a DAG structure, it doesn’t look like your traditional blockchain. It looks more like this:

With Bitcoin there is a block-rate or “delay” of 10 minutes. That is to ensure that the block creation is slower then the time it takes for all nodes to propagate the new ones. In Kaspa’s protocol (a DAG – not a blockchain), due to communication and cooperation of honest miners, honest blocks can be recognized even in higher block rates. That is because you can recognize clusters of well-connected, honest blocks in a DAG structure.

Kaspa’s blockDAG is basically a web of block, that each refer to all blocks that were existent at the time that the new blocks were created. Have a look at the picture below for more context. 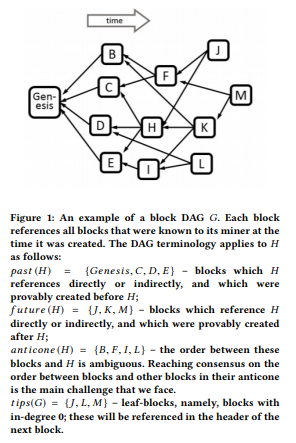 Instead of having each block point to its parent block (the previous one), in a DAG structure blocks point to many parent blocks. This gives it the structure of a DAG and not a chain.

A set of well-connected, honest blocks is naturally created, and is meant to exclude malicious blocks created by misbehaving nodes. For example, nodes that only reference old blocks from the DAG. That may look something like this: 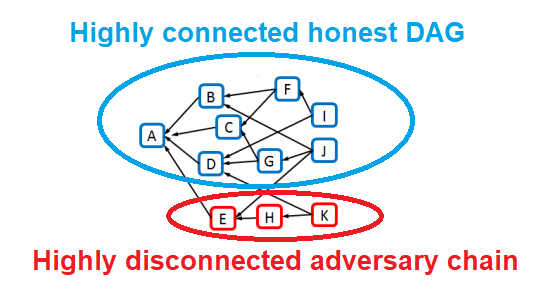 There are guidelines/rules set for finding the well connected blocks, which is where the concept of k-clusters comes in.

I’m not going to pretend I can explain it any better than Shai Wyborski did. So if you do want to understand more about the philosophy behind the protocol, I recommend you use this link to jump to the relevant paragraph in Shai’s article: https://medium.com/@shai.wyborski/kaspa-what-are-we-actually-doing-here

Kaspa solves the trilemma of security-scalability-decentralization

The crypto trilemma consists of three topics, namely security, scalability and decentralization. The majority of cryptocurrency projects have to make a tradeoff in terms of which of these they optimize for. No one, or at least not many, have been able to solve all three of these.

For example, $BNB id secure and scalable, but it’s very centralized. Bitcoin is decentralized and secure, but not very scalable. You can analyse many projects and realize this is a common issue.

On Kaspa’s website, they have a section about solving the trilemma. Using the ghostDAG protocol, Kaspa has been able to create a cryptocurrency that has:

the bull case for kaspa

Kaspa has garnered lots of awareness for their project in the past 6 months, with most people being quite impressed by the technology behind it.

the bear case for kaspa

It’s always good to consider which challenges projects might face in the future. Are there red flags? Strong competition?

In terms of red flags, I have not been able to find any yet.

Treasury funds (or a lack of)

A potential downside to the fair launch, is the lack of a treasury. Layer 1 projects are typically projects who have raised of the largest funding rounds. If they actually need that much money, is of course up to debate. But, having a large treasury will definitely make things easier for you.

Case in point, when Kaspa had to pay the MEXC listing fee, they had to raise it from the community. Which they managed to actually raise rather quick, which speaks to the strength in their community.

Evergrowing competition for a small percentage of market share

The other things they might struggle with aside from the lack of raised capital, is the ever-growing competition in the blockchain ecosystem category. What I mean by that is are all the layer 1 blockchains, layer 2’s, and DAGs.

If we look at the current layer 1 market, we see that Ethereum is the top dog when it comes to TVL. Source: DefiLlama 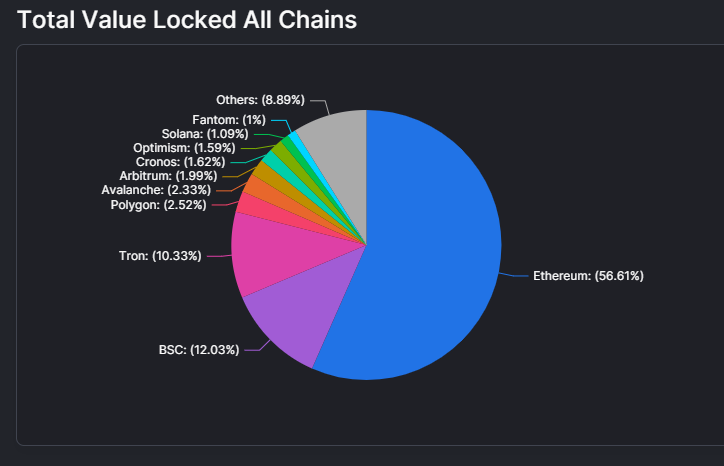 TVL is one of the most important factors when it comes to judging the adoption of a chain (other factors are DAU/MAU and the number of Dapps).

Setting aside the fact that the market is already very dominated by established players, we are seeing a very strong growth in projects that are entering the market and are on the same mission as Kaspa.

At time of writing, some sources say there are over 100 layer 1 projects still having to enter the market. Each having their own USPs, and some raising crazy amounts of funding. For example Aptos and Sui – who both raised over $300M in funding. Or 5irechain who raised their last bit of funding at a $1.5B valuation.

Kaspa is a strong competitor in the layer 1 space. Their strong tech quickly allowed them to grow a large community, whose strength is something most founders can be jealous of. Not only reflected by the fact that Kaspa has grown to a $50M market cap without any VC backing or influencers as early investors.

Despite more projects entering the market, I think Kaspa will remain a strong competitor. I’m definitely curious to see how they perform going into the next cycle.

I hope you enjoyed this article. Always remember that I’m just a random pig on the internet and you should always do your own due diligence. I’m not a financial advisor. 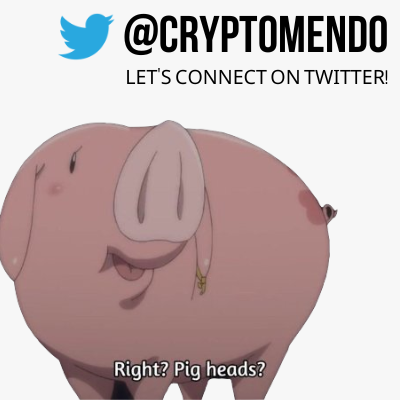 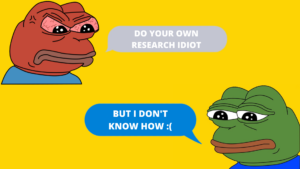 8 simple steps to doing your own research 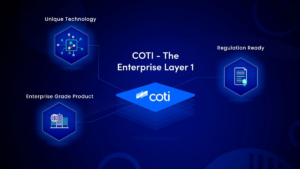 COTI – The next payment processing giant in the making 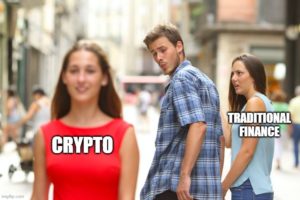 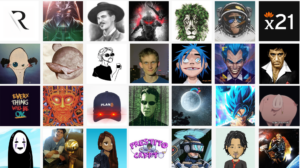 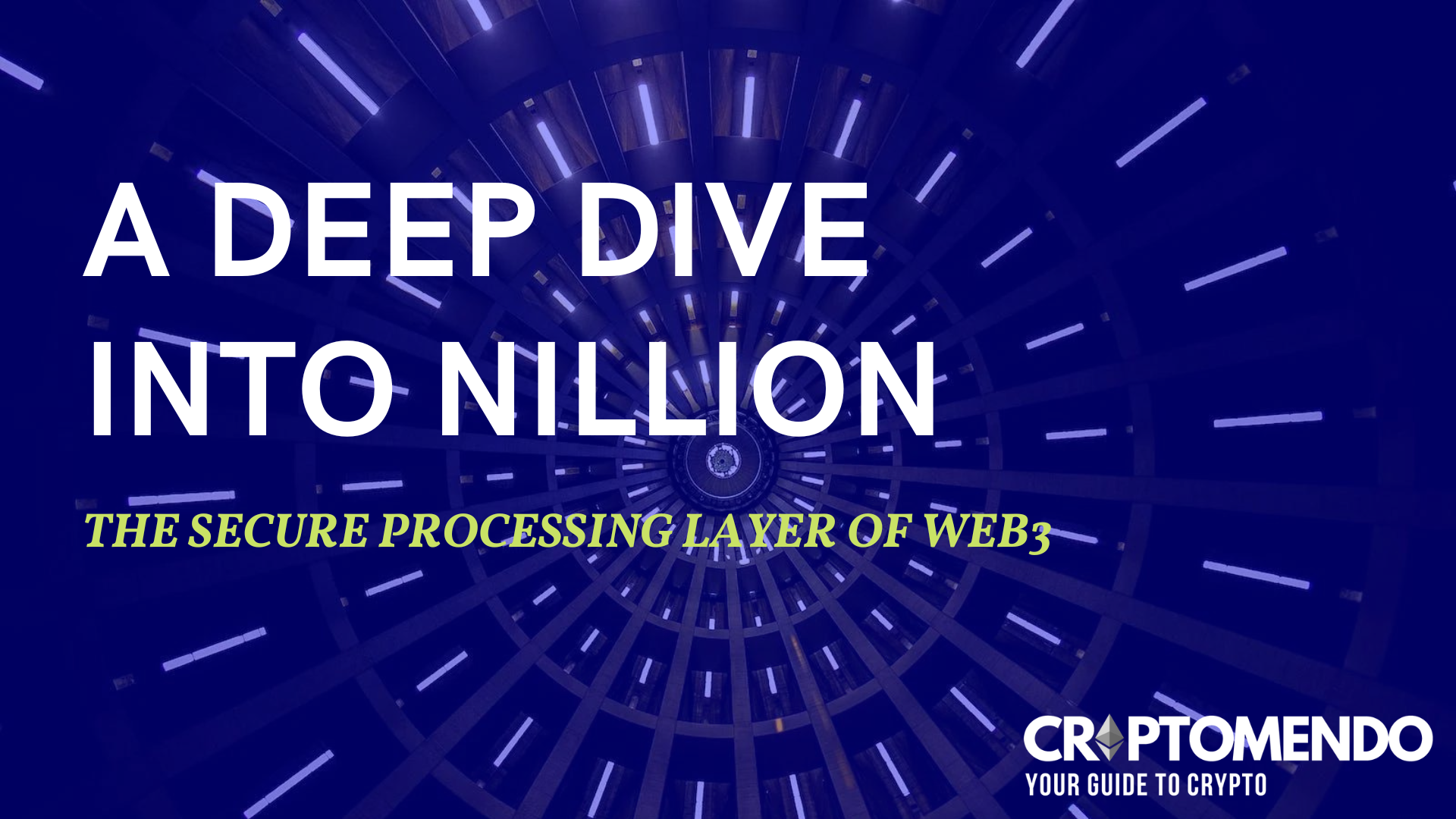 A deep dive into Nillion

Nillion is a highly ambitious infrastructure project which, if it succeeds, can have a huge impact on web3, as well as outside of web3 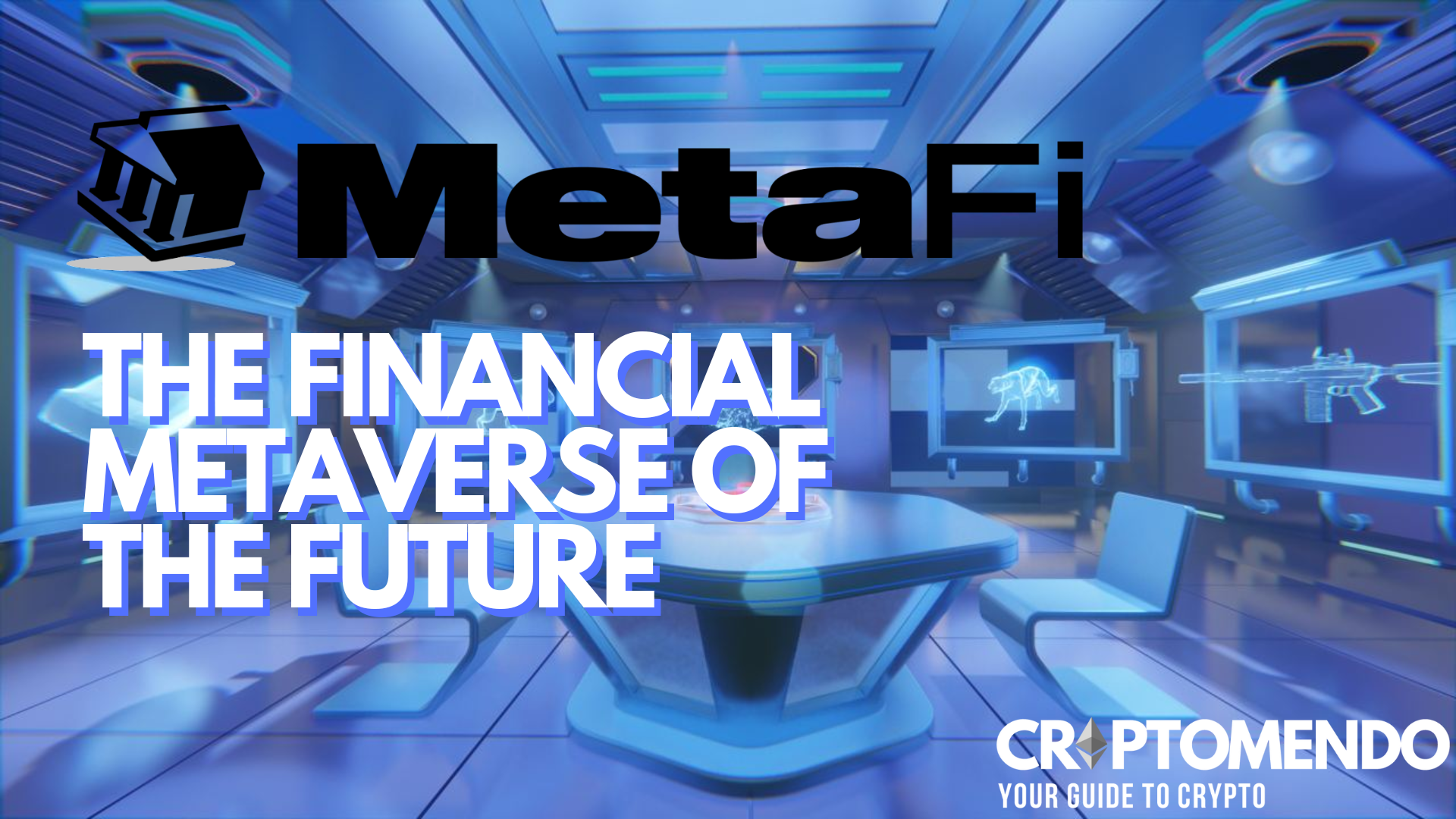 MetaFi – The financial metaverse of the future

MetaFi is building a financial metaverse like you’ve never seen before, and aiming to change the current web 3 trading experience. 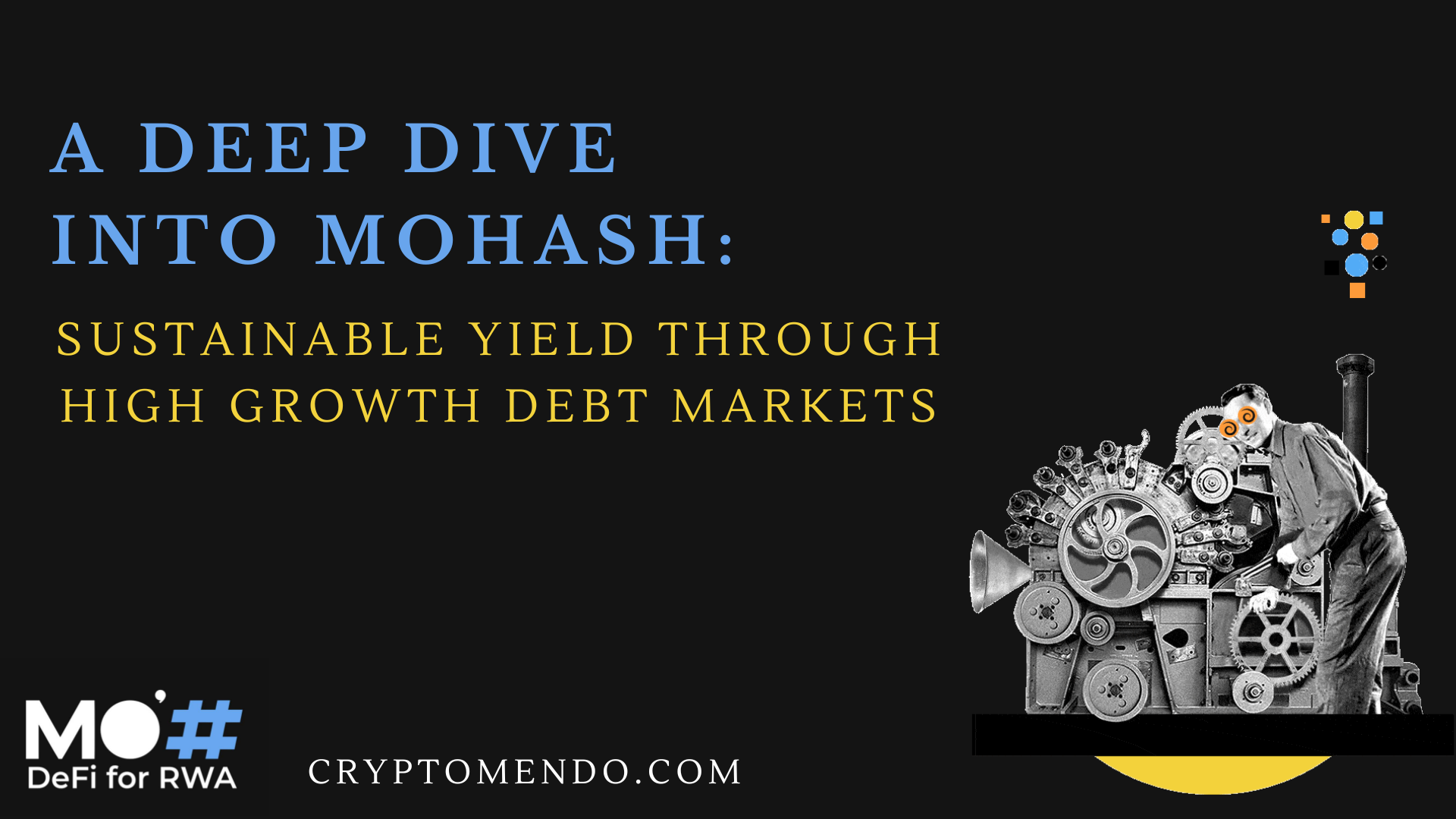 A deep dive into MoHash

MoHash, a project aiming to bring stable yields to DeFi, recently raised a $6M seed round, despite a slowdown in overall investments in VC-backed web3 startups. 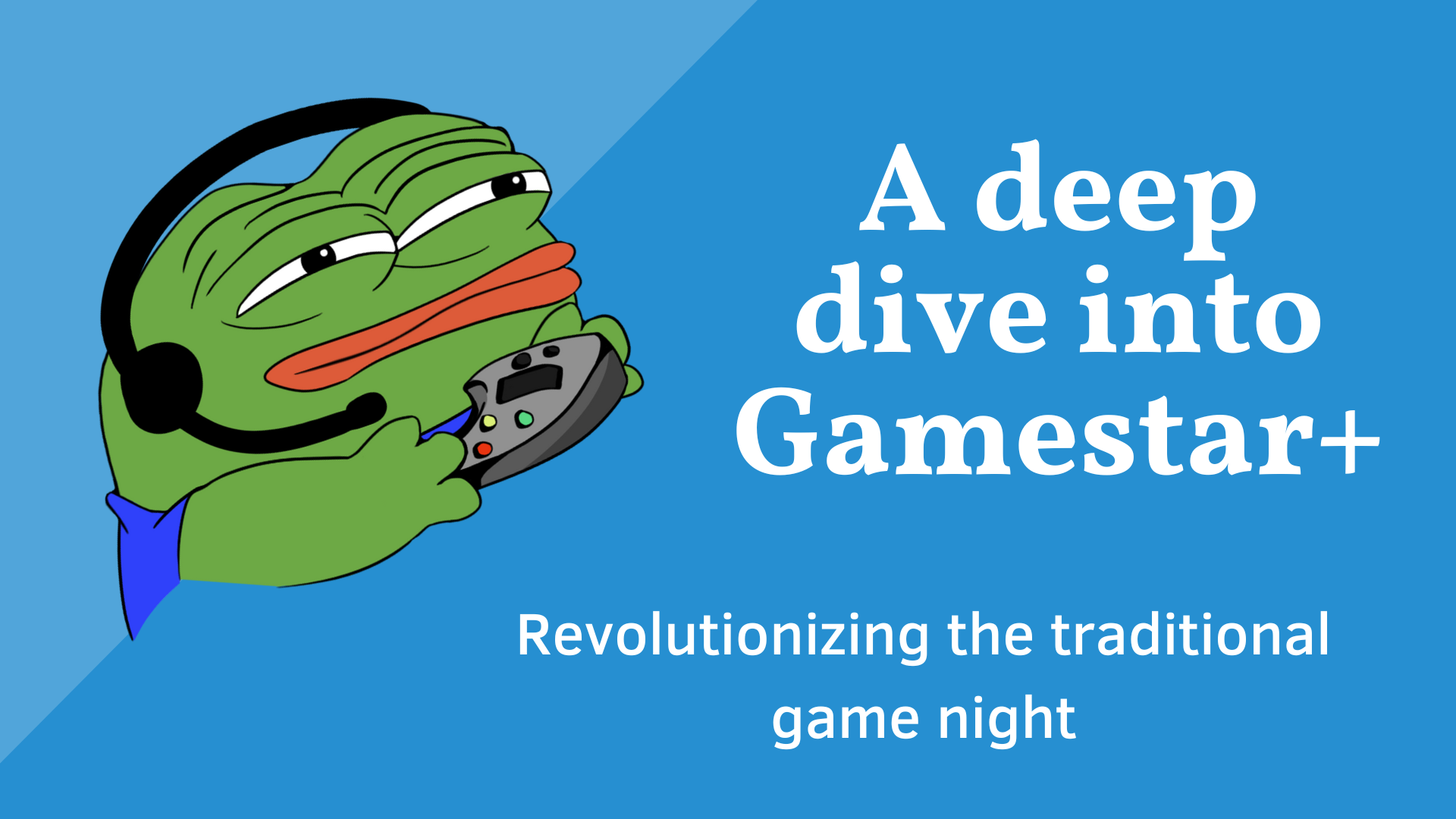 A deep dive into Gamestar+

The format of traditional board games hasn’t changed in ages. Gamestar+ is here to change that. Let’s find out how exactly, in this deep dive.